My voyage to Kerala, South India, in search of kallana - the elusive pygmy elephants reported from the Kerala region - is the subject of "Fortean Traveller, 85. Kerali kallana capers" in Fortean Times, FT 301, May 2013 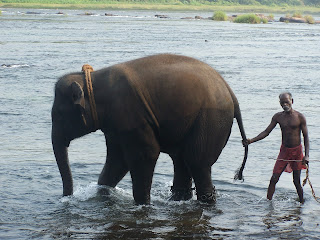 Posted by Matt Salusbury at 15:40 No comments: 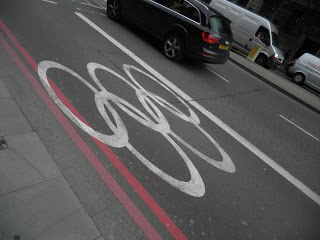 
I have a single photo in the forthcoming book From the Slopes of Olympus to the Banks of the Lea, an anthology of writings around London and the 2012 Olympics, from the people who brought you the excellent Smoke: A London Peculiar fanzine. Even though Smoke is an amateur fanzine and a labour of love I'm even getting a tiny amount in royalties for the appearance of the photo in their book, which is more than I can say for some so-called professional media outlets.

My photo shows the Olympic rings on the VIPs-only Olympic lane on the Euston Road last summer. When I went on the Critical Mass bike ride at the end of August along the Euston Road, the rings had already been hastily painted out. Was it all just a dream?

The sale of the photo was all I managed to salvage from an article I wrote for another publication that got spiked at the last minute, which goes to show there are always opportunities for remunerative re-uses of your material if you know where to look!

From the extracts of From the Slopes... that I've seen, it's excellent. It's somewhat more enthusiastic in tone about the Olympics than I was, but so well written I can forgive its pro-Olympianism. And it has the coolest book title ever. 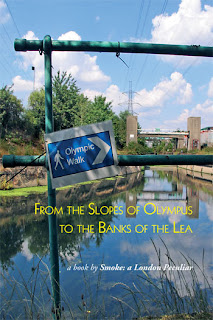 Front cover image for the purposes of a critique or review (Copyright, Patents and Trademarks Act 1988)

Posted by Matt Salusbury at 07:42 No comments: