I've just finished the first draft of Mystery Animals of the British Isles: Suffolk (MAotBISf for short, the "f" to distinguish it from any guides to the mystery animals of Surrey or Sussex other authors may write in the future.) It should be out from CFZ Publications hopefully in the first half of 2016. Shown here is the front cover.

I now have to go all the way through it for internal consistency, and brush up the intro as a result of what's actually in it. The North Suffolk mutant mystery moggy investigation is now concluded, and I have to add its findings to the short "big cat misidentifications" chapter. (Yes, it was an ordinary domestic cat, more details follow.)

I should have a draft ready for the proofreader by mid-January. Then I have to do illustrations, maps, indexes, bibliographies and so on.

My report on TetZooCon2015, most of it crowdsourced by members of the audience, is here. 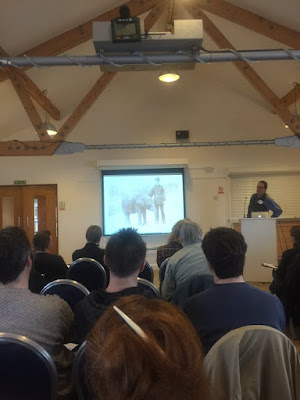 Posted by Matt Salusbury at 08:42 No comments: