As we celebrate the 150th anniversary of the periodic table, MATT SALUSBURY reveals that its inventor, Dmitri Mendeleev, had some pretty strange ideas. 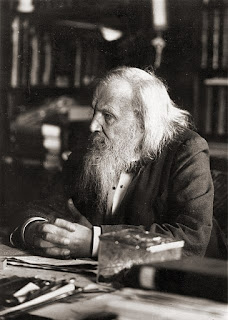 Dmitri Mendeleev. Image out of copyright

This year marks a century and a half since the appearance of the ground breaking periodic table of the elements. Unesco has declared 2019 the International Year of the Periodic Table (IYPT2019 for short), with celebratory events throughout the year.

IYPT2019 honours both the periodic table and its inventor, Siberian-born Dmitri Ivanovich Mendeleev. His An Attempt at a System of Elements, Based on Their Atomic Weight and Chemical Affinity was published in February after being conceived in a single day – 17 February 1869 – at St Petersburg University as an aid to a textbook on inorganic chemistry. Mendeleev’s first version of the periodic table was more a list arranged into columns than the beautifully designed minimalist chart we have today. 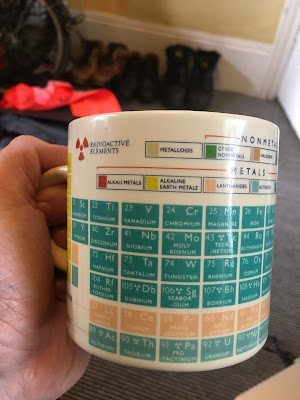 The periodic table is a popular subject for commemorative mugs, here's one from the collection of my brother, a chemical engineer.

Recognition of Mendeleev’s periodic table really came in 1876 when French chemist Paul-Émile Lecoq de Boisbaudran, unaware of Mendeleev’s work, discovered a missing element, which he named gallium. Mendeleev had predicted this element as “68?” on his table, accurately foretelling its characteristics.

Mendeleev didn’t regard his periodic table as his greatest achievement. He saw himself as a physicist more than a chemist, although he also found time to design Russia’s trade tariffs system and do battle with what he regarded as the alarming rise of Spiritualism in Russia – even within its scientific community. He instigated the 1875 Commission for the Investigation of Mediumistic Phenomena, which tested Spiritualist claims almost to destruction in a series of gruelling and highly publicised scientific trials of spirit mediums. Mendeleev concluded in his Materials for a Judgement about Spiritualism that these were frauds, that “the Spiritualist doctrine is superstition.” 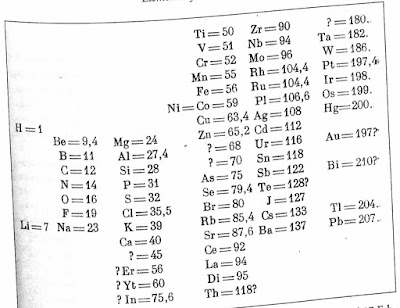 Mandeleev's first limited edition periodic table, more elements arranged in a list than a table, from February 1869. Out of copyright

He was also an art critic, balloonist and a political influencer with access to ministers and the tsar. He introduced metrification into Russia, had a go at arctic exploration and volunteered his services as an expert witness in poisoning trials, as an inspector of cheese and as an adviser on alcohol taxation. (His doctoral thesis was On the Combination of Alcohol and Water.)

Some of Mendeleev’s big ideas, though, were bizarrely wrong. Much of his career was spent in sometimes heavily state-subsidised research into gas expansion, looking for that mysterious entity the “luminiferous aether”. This was a fluid medium saturating the entire universe, which he thought was lighter than all the elements “by a million times.” Aether would account for the “undulations” of light, but also gravity, Mendeleev believed. A heavily revised later version of his periodic table included the aether – indicated by a lower-case italic “x” on a row of its own at the top left, above what’s now accepted as the lightest element – hydrogen. To the left of hydrogen in the same chart was another lighter-than-hydrogen fantasy element, “coronium”. Mendeleev had lost interest in the expensive quest for aether by 1878, but returned to it in later life. 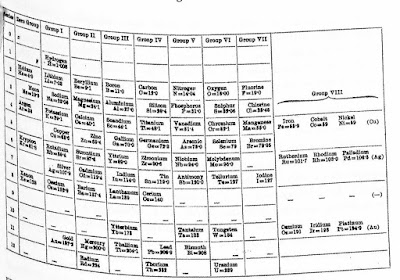 A later version of Mendeleev's periodic table with the "luminiferous aether" on a row of its own above hydrogen, and another lighter-than-hydrogen element "coronium". Out of copyright


It was with yet another of his many hats on – as a consultant to the Imperial Russian oil industry, based in Baku, Azerbaijan – that Mendeleev came up with another of his paradigm-shaking fortean ideas. Mendeleev helped establish Baku’s first oil refinery and was an early advocate of innovations in oil production and safety such as pipelines, although it was a while before the Baku oilmen adopted his ideas.

The oil industry was then still in its infancy, most of its commercial cracking of crude oil was to obtain paraffin for “illumination”. An 1865 technical manual for the oil industry by Henry Erni noted that oil-based paints, varnishes and petroleum soap were already a thing. The first petrol-driven vehicle, Karl Benz’s 1893 motor tricycle, was still a long way off.

As long as oil prospectors knew what surface signs giving clues to oil-bearing strata they should look for below, they didn’t bother much with the theory of what oil actually was. 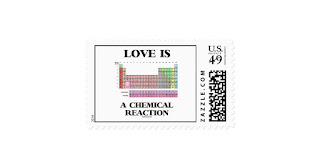 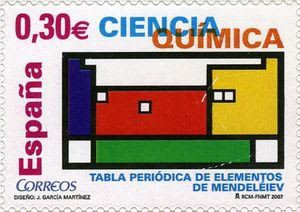 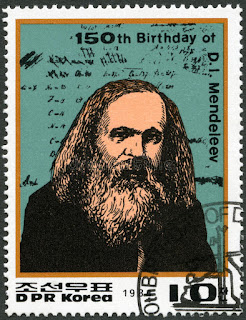 The periodic table commemorated on stamps from the USA (top), Spain (centre) and North Korea (bottom)

The mainstream view formed at the time, which still mostly holds today, was that oil is a fossil fuel, the product of vast amounts of decayed marine algae and plankton. Oil is made of hydrocarbons – complex combinations of carbon and hydrogen molecules – that are supposed to be the broken down cell membranes of microbial life-forms that died and sank to the beds of seas and rivers hundreds of thousands or millions of years ago.

There, so the theory goes, the dead plankton and algae became trapped under layers of sediment. As geological action over the aeons pushed the oil-bearing strata further down, the action of immense heat and pressure caused the hydrocarbons in the algae and plankton’s cell membranes to break down. And that’s what crude oil is. There is an “oil window” of around 2-4km below the surface, where the temperature is about 60°-120°C, where the distillation process producing crude oil is thought to occur. The oil can then percolate through layers of porous rock, such as sandstone or pumice.

Erni declared that oil was “proved by its composition” to be “evidently of organic origin… a product of chemical decomposition, derived from organic remains, plants and animals, whole generations of which perished and accumulated during many destructive revolutions at the various ages of our planet.” 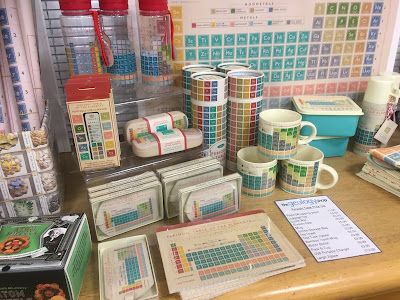 A display of periodic table-obilia on sale at the Geological Survey shop at the Natural History Museum in 2019.

The evidence for this biological origin was mostly the “fetid” or “garlic” smells encountered in some oilfields. “Sweet crude” – crude oil with low sulphur content – is so-called because of its sickly sweet smell and taste, while hydrocarbons in which the chains of carbon and hydrogen atoms form into circles are known as “aromatic hydrocarbons” because they often have a fragrant aroma to them.

Early attempts to explain the process by which dead plankton ended us as crude oil included “steam generated by volcanic action”, “uplifting gas forces” or “dry distillation”. As Erni noted, “many other theories have gained some ground, though mostly with the vulgar.”

Mendeleev, though, was having none of this. He found the “biotic” (biological) explanation for oil not “satisfactory.” In his 1877 article “L’Origine du Pétrole”, he asked, “Where, when and how happened this useful substance?” He insisted that “metal carbides” reacted with water “deep within the Earth” to form acetylene (C2H2) which subsequently condenses to form heavier, more complex hydrocarbons.(Mendeleef, D., 1877. "L'origine du pétrole", Revue Scientifique, 2e Ser., VIII, p. 409-416) 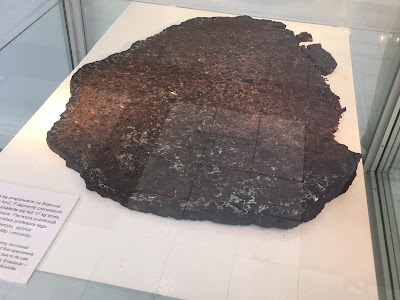 A carbonaceous chondrite meteorite that fell in Poland, on show in the Geological Museum of the National Research Institute, Warsaw. Mendeleev observed that these meteorites, that contained carbon, could not have been of terrestrial origin. Photo: Matt Salusbury

Mendeleev noticed that hydrocarbon-rich areas tend to be hydrocarbon rich at lower levels of different geological epochs, even in the basement rock below strata of sediment, from epochs showing no similarities in vegetation or climate. He noted that in some oilfields were in Tertiary strata, from early in the age of mammals, while on other continents, crude oil was extracted from much more ancient Silurian strata, from the age of primitive toothless fish. He observed that whatever it was in oil had clearly travelled great distances from the places where it is found, and that the material “we take from the heart of the Earth” had apparently “never seen the light of day” before. He noticed that a small proportion of meteorites – the carbonaceous chondrites – contained carbon, which can’t have been of biological origin. Nor was there evidence in oil of the enormous quantities of organic debris we’d expect to see if it really was just deceased sea creatures. He suspected oil originated within the bowels of the Earth, in much “deeper layers than those where we encounter it.” 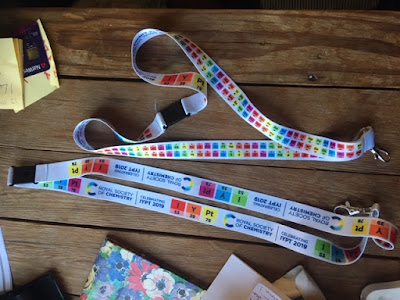 
A lot has happened in science since then to support Mendeleev’s apparently wacky-sounding idea. Carbon turns out to be much more common in space and on other heavenly bodies than we thought. Saturn’s largest moon, Titan, is now known to have clouds and rains of methane, with lakes and seas of ethane and methane, while there are vast dust clouds in space that contain glycolaldehyde (HOCH2-CHO), a carbohydrate that’s a distant cousin of sugar. Carbon, it turns out, is the universe’s fourth most abundant element – almost none of the remains of dead creatures, nearly all of it in the form of hydrocarbons. We now think that the young Earth was never completely molten – it seems vast quantities of hydrocarbons formed in the Earth as it cooled and became trapped at great depths. 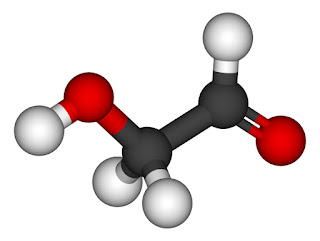 A glycolaldehyde molecule, an example of "sugar in space". Wikimedia Commons

The discovery of deep sea tube worms Riftia pachyptila happily living in volcanic deep sea geological vents, surviving by chemically synthesising hydrogen sulphide, even throws up the possibility of life forms living down there among the oil. Others have taken Mendeleev’s “abiotic” (non-biological) oil origin idea and run with it. Professor Thomas Gold’s The Deep Hot Biosphere (Springer Verlag, 1999) goes so far as to propose that hopanoids – vey basic micro-fossils found in crude oil – aren’t fossil plankton biomarkers at all, but recent life forms that live by chemically synthesising the hydrocarbons deep beneath the Earth – he estimates 10km down, at temperatures of 100°C and above. Gold even suggests that very early life forms billions of years ago colonised the deep subterranean oil reservoirs long before life on the surface evolved.

Unlike Mendeleev’s “luminiferous aether” fantasy and his lighter-than-hydrogen element coronium, his bizarre-sounding idea that oil forms in the centre of the Earth may have been right on the money after all. 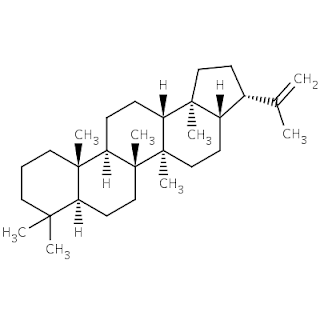