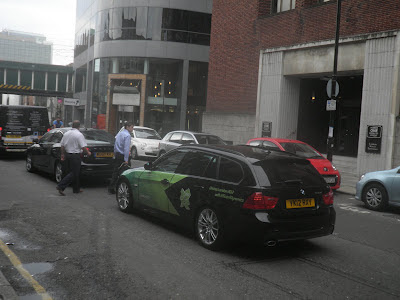 My source who does massage at the Olympic Press Centre heard - via a driver who was in the (long) queue for accreditation passes - that the judges refused to stay in their purpose-built accommodation at the Olympic Village, and could they stay in the luxury Dorchester Hotel instead, please. There is now a fleet of these black BMWs with green Olympic logos ferrying Olympic judges from the Dorchester to points around the Olympic City.
Posted by Matt Salusbury at 02:47

Limonation provide the great services for Limo, Limousine, Limo Hire and Limousine Hire. Get the special and good services in very good prices.

I have been checking out a few of your stories and i can state pretty good stuff. I will definitely bookmark your blog Limo hire london

Extraordinary post!
All White Cars is based in Goole, East Yorkshire, we are the best minibus hire service, and have customers all over Yorkshire.
Source: Airport Transfers Selby