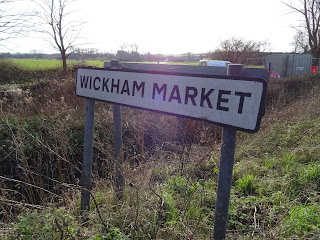 As Centre for Fortean Zoology regional rep for Suffolk, I now am supposed to send in reports of mystery or out-of-place, according to the latest issue of Animals and Men. So here is my first report. 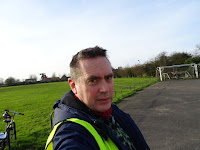 
There was a report in the East Anglian Daily Times and the Daily Mirror of a sighting of a melanistic leopard by A-level student Eliot Evans, who was out jogging on the village sports ground in his native Wickham Market last Thursday evening just before dusk. The Mirror's version was in its "Weird News" section. But given that 25 per cent of British mammals (including us) are introduced to these islands, yet another introduced species like a leopard isn't that "weird" after all. (Wickham Market's in the Suffolk Coastal District of the county Suffolk, it's a train stop between Woodbridge to the south and Saxmundham to the North, and it's near the west bank of the River Deben. People in Suffolk Coastal sometimes refer to it as just "Wickham", as there's little risk of confusing it with the village of Wickham Skeith at the northern end of Mid-Suffolk.)

When I went to take a look I hadn't yet been able to track down Eliot Evans or David Galvin, who said there was a black leopard locally that had been seen before. A quick look at the internet reveals that Galvin, former British Big Cats Society rep for Suffolk, who saw a black leopard in a local forest some time before 2003, was also a witness to a UFO over Wickham Market High Road in 2009. 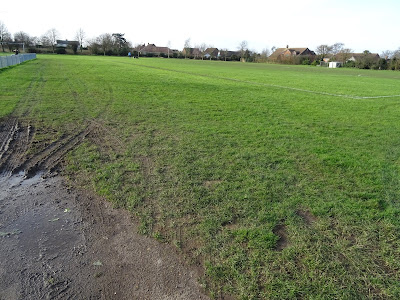 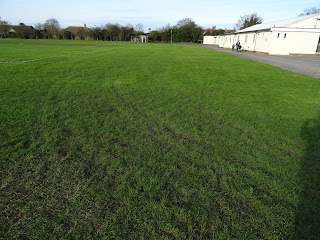 The short cut past the pavilion - a route for big cats too? 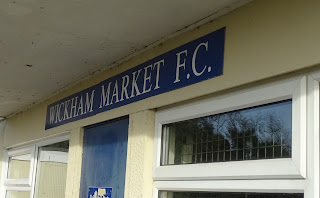 There had been a football match on Wickham Market FC sports ground between the sighting and my arrival on Saturday, judging by the marks from football boot studs that had considerably churned it up, so there was little hope of finding any big cat prints. Parts of the edge of the ground was a bog anyway after a lot of heavy rain. The ground has a path going off to a short-cut through a little bit of woodland that was in use when I dropped in, going past the Wickham Market FC pavilion. I have to admit I only had an hour between trains to stop at Wickham Market station - actually nearer the village of Campsey Ashe two miles away by folding bike, so I really only had time to stop at the location and take pictures then rush back to catch the next train. 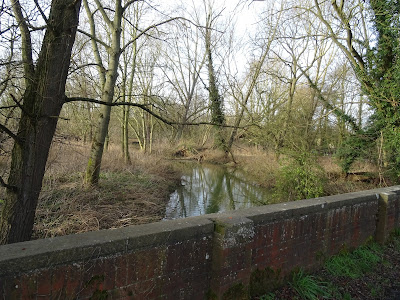 Bridge over the River Deben near Wickham Market, where it's a trickle

I did notice that Wickham Market's near a riverbed - the River Deben is a trickle here, near its source, but it looks like typical "big cat country" - wetlands, reeds, out of the way and the sort of place you'd expect deer or waterfowl to drop in for a drink, providing a readily accessible food source.

My earlier research showed that there was a cluster of multiple big cat sightings around a decade ago around Bredfield, a couple of miles to the south. These were of a non-specific "big cat" whose witnesses couldn't confidently identify it as either a leopard or puma. There was a black big cat with "tufted" ears seen on Ufford Park golf course a few miles to the north in 2009. Suffolk's earliest known (by me at least) big cat sighting was a black leopard seen in Rendlesham Forest in the 1970s, not far from Wickham Market. 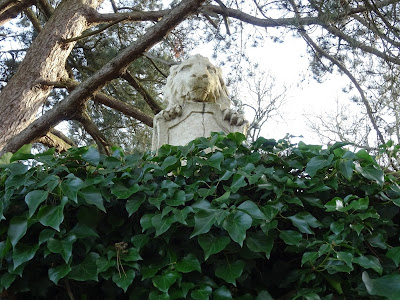 Loudham Hall's Suffolk big cat, tucked away in a secluded spot by the Deben just outside Wickham Market


Wickham Market used to be a rail terminal for live cattle brought from Ireland to be grazed locally in the water meadows, with a major cattle auction. The auction house now does mostly antiques and vintage cars, I was told that during busy periods there will be three auctions going on simultaneously. It's known as a "large village," it's certainly the only village I've seen with its own bike shop.

The area around Wickham Market has been the stomping ground of other out-of-place animals. A rhea was seen near the railway line at Wickham Market in 2010, it died probably of a stress-induced heart attack after being shot with a hypodermic by the RSPCA. Another rhea on the line briefly delayed the Ipswich to Lowestoft East Suffolk Lines train service in 2012, and was never accounted for. Might it have ended up being eaten by a local big cat, assuming a big cat could keep up with a rhea running at up to 40mph.

Ending up as big cat food may have been the ultimate fate of the wallaby seen by a cyclist at Pettistree, immediately to the south of Wickham Market, in 2004. 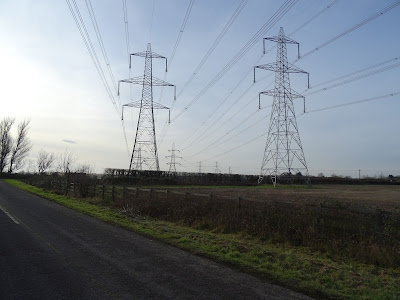 Passing under pylons at Campsey Ash. You know you're approaching Wickham Market station by train or along the A12 road when you see the pylons. You can navigate by these pylons in Suffolk Coastal, as they march inland and southwest from the nuclear power station at Sizewell.

It's all in the forthcoming Mystery Animals of the British Isles: Suffolk.

Quick update (28/1/16) Elliot Evans contacted me via Twitter to tell me I'd photographed the wrong sports field in Wickham Market! He sent me a Google satellite image with the field where he'd seen the big cat ringed. It was further out of the village, just beyond the little crossroads on its northern edge, in what seems to be a set of three little five-a-side football pitches they're so new they don't even feature in my Collins Street Atlas of Suffolk, which is just under 18 months old. The random Wickham Market resident I asked for directions on my most recent trip directed me to "the village sports ground", presumably thinking I meant the Wickham Market FC ground, which isn't far from the new sports ground where Elliot saw the melanistic leopard. I hope to photograph the correct location soon.

i was wondering if you have had any sightings reported september 2016. i run the risk of being ridiculed ,but i feel that the missing airman corrie mckeague may well have been killed and eaten by a wild cat. please view this video on youtube , filmed 4 days before corrie disapeared , filmed in the fens. -- BetaFlight 3.0.0 Testing + Big Cat Sighting.