MATT SALUSBURY listens out for the sounds of underwater tintinnabulation as he goes in search of Britain's sunken bell legends... 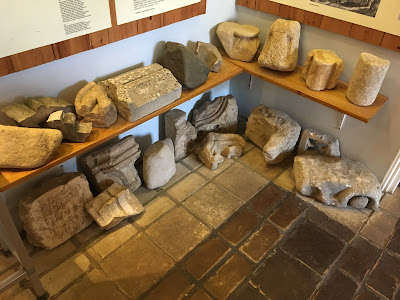 Fragments of Dunwich churches - All Saints, St Peter's and (probably) the Templar Church, mostly hauled up from the North Sea in the Dunwich Dives, throughout the 1970s and 1980s

Is it true about the bells tolling beneath the waves? It's a question frequently asked by visitors to Dunwich Museum. The nocturnal phantom bells at Dunwich, though obvious nonsense, are actually among the more plausible of Britain’s ghost bell traditions. At least churches actually once stood in Dunwich - more than can be said for the locations of many phantom bell legends!

The city of Dunwich on the Suffolk coast, once medieval England's sixth biggest town, was a major port with its own royal shipyard, trading with the Hanseatic League before a millennia's worth of coastal erosion and three really big storms did for the town. It’s now a village of just over a hundred souls. Stonework from several of the sunken city’s dozen churches was hauled up from the bed of the North Sea in dives throughout the 1970s and 1980s. 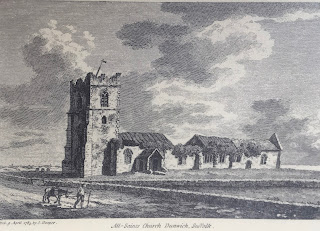 Late 18th century engraving of All Saint's Church, Dunwich, now lost to the sea. Out of copyright 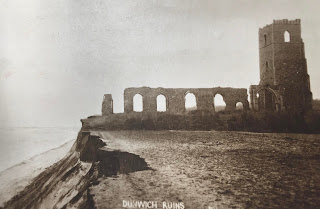 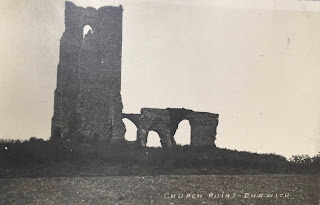 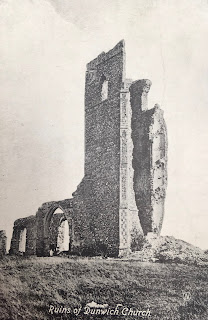 Postcards from the Nicholson Collection in the Dunwich Museum archive, showing All Saints at the turn of the 20th century. The last section of the church fell of the cliff and into the sea in 1919.

Rowland Parker, author of the definitive history Men of Dunwich, said he'd "never heard any local talk of bells tolling out to sea" as of 1979. The oldest documentation for the legend dates from 1859, when Master Mariner John Day claimed to have known his position when sailing to Sizewell Bank to the south by the tolling of a submerged bell heard while passing Dunwich.

Perhaps Master Day heard a bell on a wreck or wreck buoy. Some of the churches could have been suddenly inundated, as in the Great Storm of 1286. The antiquarian John Stow visited Dunwich in 1573, describing "remnants of ramparts, downfallen edifices and tottering noble structures" at the water's edge. But could these church bells have still been intact underwater in their derelict belfries, rung by the action of the tides 300 years later? Unlikely. As Nigel Pennick points out in Lost Lands and Sunken Cities, "every church lost to the sea was destroyed by wave action."

Some Dunwich bells are accounted for. Medieval parish records include a receipt for the sale of the bells of Dunwich's St Nicholas Church to build a pier to protect another town church as the sea advanced. Other Dunwich churches were demolished as no longer viable, faced with an encroaching sea. 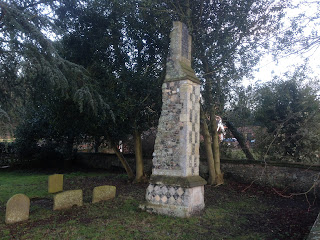 The last surviving butress of All Saint's Church now stands in the churchyard of the modern St James's Church, Dunwich 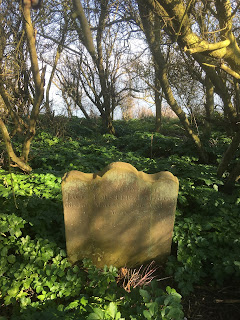 The last surviving tomb of All Saints burial ground, on the Dunwich Cliff Path. Human bones and teeth from the burial ground regularly fall out of the eroding cliff This slab from a tomb hauled up in the Dunwich Dives is believed to be from the Templar Church.

The still standing 19th century church of St James's, Dunwich, has a single automated bell that only tolls the hour. But a recent anonymous entry to Dunwich Museum visitors' book, though, records a local man hearing twice "a peel of six chimes" at about 2am on the "very stormy" night of 29 December 2017.

Some other well-documented sunken churches off Britain's coasts have phantom bell legends attached. St-Annes-on-the-Sea, Lancashire has the sunken remains of a medieval church off the coast, its bells allegedly heard before storms. Also said to warn of storms are phantom bells at Walton-on-the-Naze, Essex, whose church - taken by the sea in the 1790s - is now three miles offshore. Shipden near Cromer in Norfolk once had a church, on the submerged remains of whose tower the tug Victoria was wrecked in 1888. And yes, its bells sometimes sound at night.

Not all verifiable lost churches succumbed to the waves. Between Southwell and Oxton in Nottinghamshire there once stood the settlement of Raleigh - flattened by the East Midlands Earthquake of 1185, although not "swallowed up" as legends tell. Local tradition has church bells heard on Christmas Day.

But evidence for an actual church behind phantom bell legends is usually scarce. Some more plausible phantom bell stories come from Cornwall, where bells on sunken ships rather than vanished churches are supposed to ring, such as the bell of the long lost ship Neptuneoff St Ives.

Welsh phantom bell legends include one from Llangorse Lake, Powys, in which bells of a cathedral that once stood there before it was flooded now sound on "holy days". Since the lake was formed by the last Ice Age 10,000 years ago, this is a credibility-stretcher. A similar legend is attached to Lake Bala, 86 miles due south in the Brecon Beacons.

Numerous Welsh legends feature the Devil or his disguised imps stealing bells then dumping them at sea. They then toll from their new location, warning fishermen as storms approach – as do the bells heard from Whitesand Bay near St David's, Pembrokeshire. The provenance of the phantom bells of Aberdovey, Gwynedd cannot be traced beyond the Victorian music hall song The Bells of Aberdovey.

Phantom bells said to have been stolen and lost in transit are a common motif. A tale from Bosham on the Sussex coast has a bell stolen by Viking raiders then loaded it on to a longship which sailed away. When locals rang the "all clear" from other churches, the stolen bell vibrated in unison, capsizing the vessel. The story's probably a 19th century explanation of why Bosham's church has no tenor bell.

In Llanwonno, Glamorgan, the bell was said to have be stolen by "big-eared men of Taff", who dragged it away on a sledge only to lose it in a river. The story may be an invention explaining odd local place names like Rhyd-y-gloch, ford of the bell.

Divine retribution swallowing up churches whose parishioners blaspheme or "mock God" is a recurring theme. Or bells are lost in transit when a "workman" leading oxen pulling the bells utters a profane oath. One such phantom church bell sounds on Christmas Eve from Bomere Pool in Shrewsbury, although there's no evidence there was ever a church there. Nor is there evidence of a church ever existing at Bell Hole, in marshes at Tunstall, Norfolk, whose phantom bells send up bubbles as the church sinks towards Hell. Bells transported by ship from Forrabury, Cornwall were allegedly sunk by the hand of God after a captain ridiculed a priest who crossed himself, they are now said to ring beneath the waves. 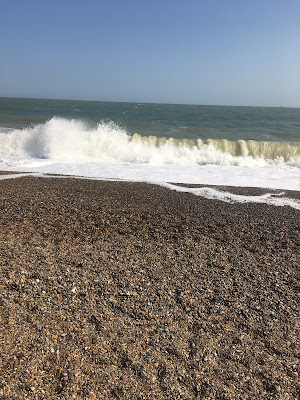 The mighty North Sea at Dunwich has claimed at least 11 of the town's churches and some satellite chapels as well.

An especially tenuous church-destroyed-by-God's-wrath tale comes from Coningsby, Lincolnshire, whose bells supposedly peal on the anniversary of its destruction. A natural rock formation there slightly resembles the rubble of a church.

Mermaids also appear in phantom bell traditions. Every Easter Sunday a mermaid rings a bell underwater at Rostherne Mere, Cheshire. A near-identical tale has a mermaid ringing a church bell beneath the River Lugg near Marden, Herefordshire.

Bells sound from an allegedly submerged village church at Kenfig Pool near Bridgend, South Wales. While the sea has claimed a nearby castle, there's no proof there was ever a village there. Nor is there any record of a church having stood at Nigg Bay in the Scottish Highlands, from whose waters a bell is said to gently peal.

Recent research into Very Long Period signals detected underwater with a resonance that can sound like "a large bell" suggests these tales may have something to do with underwater earthquakes, (FT391;17) so a rational explanation may yet be forthcoming.

The bells of Aberdovey

Dunwich Museum, Dunwich, Suffolk, was closed due to COVID-19 at the time of writing, but now reopen! Monday-Sunday 11.30-4.30 until the end of October, entry by donation, for opening hours www.dunwichmuseum.org.uk/ Twitter: @DiscoverDunwich

Posted by Matt Salusbury at 14:44 No comments: