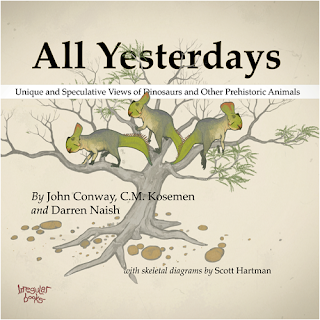 (This review first appeared in Fortean Times FT 299, April 2013, but I've since updated it following a clarification about who did what on the writing front.)

This playfully iconoclastic look at dinosaurs persuasively argues that our received wisdom about how they looked and lived may be completely wrong.

The artists behind some of the best-known dinosaur reconstructions often took only a cursory glance at mounted dinosaur skeletons, but rarely – if ever - went to the trouble of actually measuring them. Charles R. Knight, probably history's greatest "paleo-artist", frequently drew dinosaurs freehand, with little reference to any actual specimens. The depiction of those days of dinosaurs as sluggish lizards (with volcanoes going off in the background) is now outmoded. A paradigm-shift has turned dinosaurs into agile, feathered and likely warm-blooded creatures.

But as Yesterdays points out, most dinosaur "reconstructions" are really just lazy reproductions of what other artists have imagined before. Most current dinosaur reconstruction show what Naish and Co. call “shrink-wrapping” – their skin is stretched tight over the bones, with little or no allowance for the "soft tissues" that haven't survived fossilization. Yesterdays has a go at rectifying this.

Paleontologist Dr Darren Naish - as part of various team efforts, he's discovered three new dinosaur species to date – provides Yesterday's introduction and Koseman, together with Conway, provides the bulk of the text. (My review as it appeared in print in Fortean Times, and apparently most other reviews, incorrectly had Naish down as the sole writer. Conway contacted me to clarify this, and to concede that it had been "obviously very unclear.") Koseman, Hartman and Conway - the book's instigator - are its capable "paleo-artists."

Among Yesterday's many surprises is its quilled dinosaurs – recent discoveries suggest fossils of Triceratops and its earlier relatives had signs of porcupine-like quills or fuzz. Then there's a game of "Spot the Dinosaur" that imagines large and hard-to-see prehistoric animals lying in ambush in spectacular natural camouflage. There's even a "Can you tell what it is yet?" game, challenging readers to identify an unfamiliar dinosaur – reconstructed as a shambling mass of feathers, a sort of feathered Bigfoot. I won't give away which quite well-known dino it is.

Dinosaur behaviour doesn't survive fossilization either. Turtles, monitor lizards and crocodiles exhibit "playing" behaviour, so we're treated to an image of vast, bulky long-necked dinosaur Camarasaurus at play. There's also a Tyrannosaurs that's not roaring and attacking, but doing instead what it probably did for several days at time – sleeping off a meal of several tonnes. And speaking of behaviour, there's speculation on some of the weirder aspects of dinosaur sexuality, and even some interspecies dino-porn.

By far the best - and the most jaw-droppingly thought-provoking – bit of Yesterdays is the "All Todays" section. Were we non-mammal, non-human paleontologists from the far future with only bones and no knowledge of the "soft tissue" to go on, we may well have interpreted whales from their remains as a sort of serpentine fish that could swallow large prey whole. Many other logical but completely wrong conjectures by far-future "paleos" are spectacularly illustrated here. There's a fuzzy iguana, an earless (domestic) cat with protruding fangs and a leathery, skull-like face, tiny-eared rabbits with necks jutting forwards, a hippo reconstructed as an armour-piercing "apex predator" (based on its massive teeth), and flightless swans with arms ending in tadpole-skewering spikes. It does make you wonder what the "paleos" of our age could have missed in the dinosaur fossils of the distant past.

VERDICT: 8
THE RIGHT MIX OF PROPER SCIENCE AND DARING IMAGINATION

Posted by Matt Salusbury at 09:51 No comments:

To register and purchase tickets please email london.cryptozoology@gmail.com or call James Newton on 07805 356461

• “On the Track of Unknown Animals Worldwide” Richard Freeman, Zoological Director of the Centre for Fortean Zoology 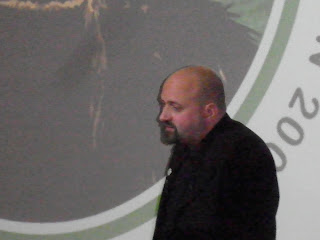 Richard Freeman of the CFZ at the Fortean Times UnCon 2010

• “Current Developments in Bigfoot Research” James Newton, self-confessed Armchair Cryptozoologist. This includes recent research suggesting that Bigfoot may be much closer to us humans than we thought, not a Gigantopithecus at all but a manimal with a culture and a language, that knows how to stay hidden!

• 'The Legendary Parakeets of London and Friends' Scott Wood, Co-organiser of The London Fortean Society 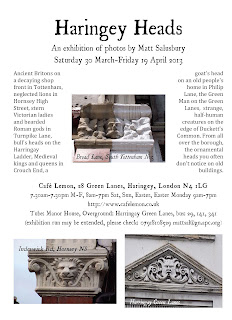 Posted by Matt Salusbury at 07:52 No comments: 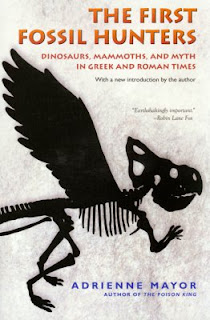 Posted by Matt Salusbury at 14:59 No comments: 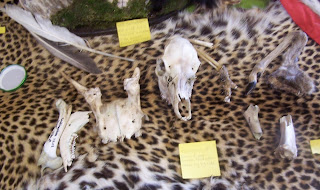 Posted by Matt Salusbury at 03:35 No comments:

YAT Comedy Sketch Show in Aid of Luke's Year in Uganda: The Title Could Be Catchier

The YAT Comedy Sketch Show in Aid of Luke's Year in Uganda: The Title Could Be Catchier is on Friday 22, Saturday 23 March and Sunday 24 March at the Young Actor's Theatre, 70-72 Barnsbury Rd, London N1 0ES (nearest Tube: Angel). The curtain goes up at 7.30.

While exact details of the show are still being kept under wraps for the moment, I understand from a source close to the production that it's a live comedy show that's something to do with the Young Actor's Theatre, and that it follows a comedy sketch show format, that it's to raise funds for Luke Reilly's forthcoming year-long teaching assignment in Uganda. The source also admitted that the title could have been catchier.