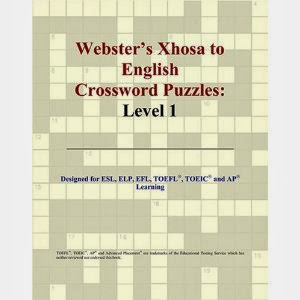 MACHINES that can write language learning coursebooks? It’s not as sci-fi as it sounds. A California-based business professor has developed a cottage industry in books generated by algorithms.

Unlike the months or even years that language learning books take to develop, books written by Professor Phil Parker’s Method and Apparatus for Automated Authoring and Marketing
(Maaam) program are authored from scratch ‘in about twenty minutes or so’, and he’s cut development costs per title down to 15–20 US cents. Should the ELT publishing industry tremble at the prospect of its business model being destroyed overnight, replaced by titles churned out by the hour by a ‘method and apparatus’ that can do the job for pennies?

Well, no – not for the moment at least – but the phenomenon is still one to watch.

The Gazette attempted to contact Prof Parker via the INSEAD business school in Fontainebleau, France, where he is chair professor of management science. The faculty secretary told us that the
professor’s duties had taken him to Dubai, but that he would be in touch with us by email on his
return. We still await his reply.

Meanwhile, a video interview with him on INSEAD's website explains in detail how he machine-writes his books. The secret, he says in the interview is deconstructing ‘genres’ and ‘sub-genres’.

Maaam writes ‘certain very particular types of books’, for example ‘high-end business reports’ of over 200 pages – the sort that would normally be written by the likes of accountants Price Waterhouse Coopers. Maaam works by ‘reverse engineering what a financial analyst does’, in Prof Parker’s words. The program then does ‘quick editing of itself’ using small computer scripts to sort out ‘dangling widows’ and other typography that needs cleaning up.

Having cracked the ‘genre’ of business reports, he was able to use tools to other genres – limericks, sonnets, botanical factsheets, radio scripts for educational programmes for farmers, and then language learning books – and ‘develop the application for that sub-genres.'

His novel business model entails him putting his books on Amazon in the expectation that the vast majority of them don’t sell any copies, ‘but there’s enough that sell to enough people’ to finance the next project to ‘create another genre’. 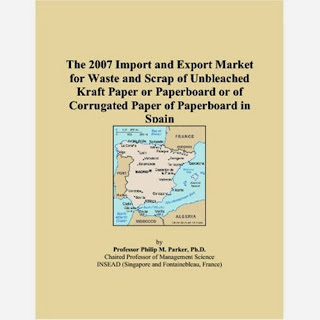 In the event that someone does want to buy one of his many titles, Prof Parker’s books are printed on demand ‘someplace in Tennessee’. Automated software does the marketing for Prof Parker too, as well as the distribution and online advertising of works with snappy titles such as The 2007 Import and Export Market for Waste and Scrap of Unbleached Kraft Paper or Paperboard or of Corrugated Paper of Paperboard in Spain. 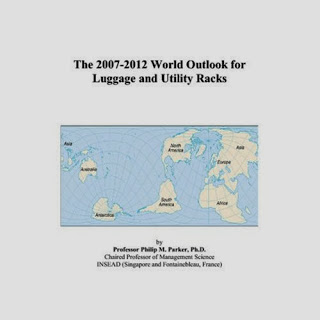 US-based dictionary publishers Webster’s are partners on Prof Parker for some language titles, including the Webster’s Online Dictionary: The Rosetta Edition. But the range of algorithm-generated language learning books offered is currently somewhat limited, restricted to compilations of bilingual crosswords (clues in one language, eliciting answers in another), and bilingual thesaurus dictionaries in languages for which little by way of teaching materials exists. No global coursebook series publisher need break into a sweat over Prof Parker’s Webster’s Sorbian (Upper Dialect) – English Thesaurus Dictionary or Webster’s Xhosa to English Crossword Puzzles: Level 1. 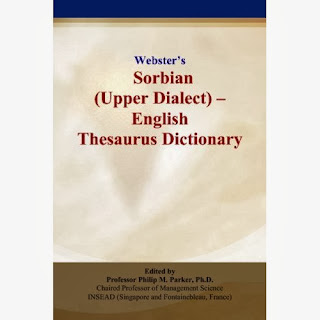 Prof Parker sees his algorithm-generated books as an activity in his spare time, but were a major multinational educational publisher to put some serious resources into algorithm-generated ELT books, one could imagine some sort of algorithm arms race, with competitors developing ever more sophisticated tools in this area.

Meanwhile, recent tech start-ups such as Palantir, Kaggle and Narrative Science are able to produce news stories from raw data through algorithms, freeing up journalists for more important tasks. And the iBooks 2 platform for textbooks on iPads already has a function that randomly generates ‘digital flashcards’ to test students’ understanding.

It’s in the area of taking the slog out of ELT textbook development, the grammer drills and so on – thereby liberating human textbook authors to concentrate on the creative side of the operation – that book-writing algorithms may become ubiquitous in ELT publishing. 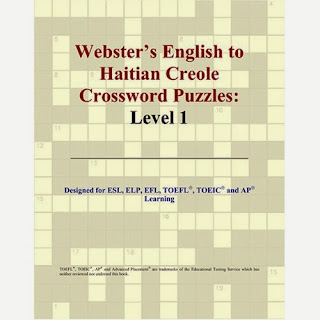 Images for the purposes of a critique or review - Copyright, Trademarks and Patents Act 1988)