The ruined woodwose of Letheringham 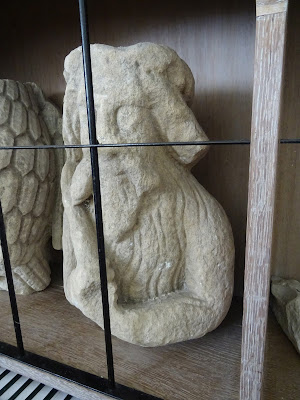 Letheringham is only a couple of miles by bike from Wickham Market and the nearby train station at Campsey Ash, but it feels like it's in the middle of nowhere. The church is down a track made from flints and gravel, it's in the middle of a field, surrounded by paddocks with thoroughbred horses. There was a foal skipping around the field adjoining the churchyard when I visited.

Letheringham Priory Church used to be part of a priory (a monastery) and still has a rather impressive wall around it for such a small church, and there's a shed in the corner of the churchyard that's made from stone, strongly suggesting it was one of the monastery outbuildings in bygone days. The church itself is a shortened version of the main monastery building.

Over the years, the church has seen hard times. The powerful Wingfield family lived locally - there are a few brasses under rugs still in the church showing some of the Wingfields, hands clasped in prayer, wearing the armour of a 15th century knight. There used to be stone tombs of the Wingfields too, but they survive only in an 18th century drawing, which shows a temporary, barn-like roof of most of the church, but the church still being open to the elements in places. A local land dispute led to the church going to rack and ruin.

A visiting antiquarian in 1780 described the "roof entirely down" and ruined "antient and curious monuments". A restoration ordered by church authorities went seriously awry, with churchwardens instead selling of the entire contents of the chancel to a contractor, presumably for building materials, stone being rare in these parts.

There are some shelves by the door (the church is usually unlocked) which has some alcoves for some of the rescued remains of those "antient and curious monuments. This includes two kneeling Elizabethan figures and the top half of a woodwose - about a foot high, very eroded but with his curly body hair still visible, with a forked beard and big, staring eyes. A snapped-off, curved club is held up over his shoulder in one hand.

We owe the Letheringham woodwose's survival to his chance discovery in a local garden, where he was being used as a garden ornament. He may once have been on display on top of the porch, like the woodwoses and Yaxley, Mendlesham, Kelsale and possibly the ruined woodwose at St Mary's Woolpit. There's more on them, and many other woodwoses from around the county, on the extended online version of my article "The Woodwoses of Suffolk", originally for Fortean Times. 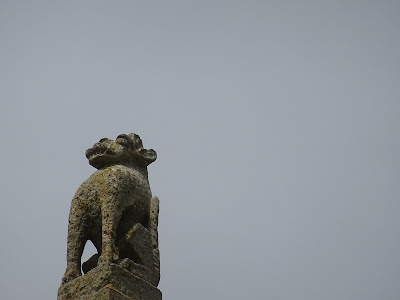 This creature on the tower at Letheringham is described only as an "animal" in the church's guidebook. It could be an ape, symbol of sin and evil in Medieval imagery. 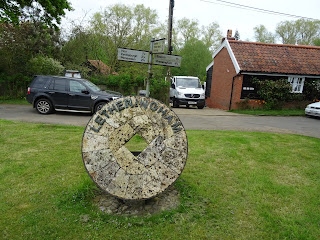 Letheringham's village sign commemorates the mill that once stood there. It's a repurposed mill stones. 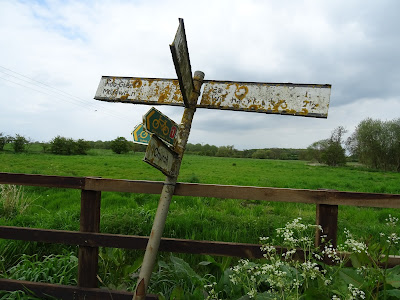 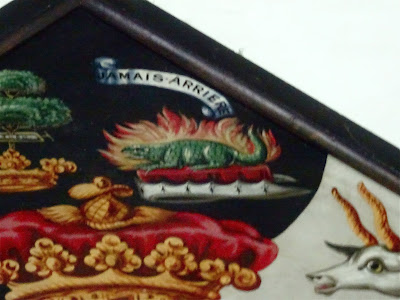