Vote for Matt Salusbury for the editor of the Journalist!

This is Matt Salusbury. I’m contacting you to ask you to consider voting for me in the election for the editor of the Journalist, the NUJ’s magazine. (Details of the timetable of the election are below.) 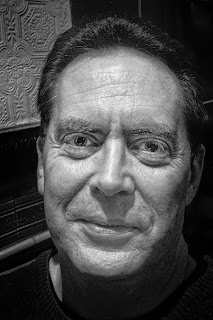 You may already know something about me – possibly from reading my work in the Freelance newsletter.


The Freelance is distributed to over 3500 NUJ members in print (as an insert mailed out together with the Journalist) and read by many
more online. I have been co-editor of the Freelance for over a decade.

The subjects I have covered for the Freelance have varied enormously – from the NUJ gaining recognition by employers in workplaces where it hasn’t previously had recognition, to advice on negotiating higher rates, how Brexit will affect our many EU national members in the UK (as well as our members who are UK nationals in the EU) to court cases on whether colleagues are self-employed in law or have the legal rights of an employee. My coverage has often included developments affecting our members in the Republic of Ireland and in Continental Europe as well as the UK. The Freelance editors have always striven to explain to their audience the trade union terminology – what union recognition is, what an NUJ Chapel is, what “work to rule” is and why members are on strike.

Transferable skills
As a result of my background in the Freelance I have gained a deep understanding of – and a passionate engagement with – important issues and developments across our industry. I feel that the skills and insights I have gained, as well as the contacts both inside and outside the NUJ and the wider trade union movement, would be transferable to an editorial role at the Journalist.

I have worked in various sectors of our industry – as a staffer in a commissioning editor role on a business-to-business magazine, as a freelance writer and sub-editor, as a researcher for a media forward planning agency, as a lecturer to international students preparing to start Masters courses in media. I feel this range of experience gives me the ability to fulfill the Journalist’s stated mission of ensuring “adequate coverage is given to all sectors of the Union.”

Another area where my experience in the Freelance would transfer well to the Journalist is my understanding of the need to consult various stakeholders within the NUJ on stories before they are published, while at the same time maintaining strong editorial independence.

What changes would I make to the Journalist? Our industry is changing rapidly, many of us are struggling to make a living from journalism. So I’d like to see fewer opinion-based columns, less arts coverage and more on issues that affect us as journalists and how we can respond to these developments.

NUJ campaigns
The Journalist could work with the NUJ campaigns team to make the Union’s campaigns more visible to members, and periodically revisit ongoing campaigns to help keep them alive. One possible way to do this would be via a small “Campaigns” box in print in the Journalist with links to current NUJ campaigns.

Online strategy
Currently the Journalist is only available online as a pdf, it’s not easy to find online. You can’t cut and paste links to individual articles. I would look into the feasibility – with an eye to budget constraints and copyright – of having the individual articles of the Journalists available as web pages each with a URL. (Possibly behind a members-only area, I’d consult stakeholders about this.) This is turn would create possibilities for generating more advertising revenue.
The Journalist also needs its own Facebook presence and its own suitable unique Twitter handle.

Communicating NUJ policy and activities
Space should be given in the Journalist to important issues in the run-up to the Delegate Meeting (where timing allows) and reports on decisions made at Delegate Meeting should be included.
A “more online” page linking to other union resources that are updated more frequently – NUJ Active, the National Executive Council's NUJ Informed, Branch and sector newsletters and Twitter feeds including @NUJofficial – is also a very good idea. This would include information on which of these are in a members-only area and advice on how to get help for those who are struggling with logging into the NUJ members’ area.

Election
As an NUJ member, your ballot paper for the election of the editor of the Journalist should have been on its way to you by post on Wednesday 16 October and should arrive not long after that. If it doesn’t turn up, contact the NUJ via EditorElection@nuj.org.uk.
If you’re voting, you need to post your completed ballot paper to arrive by Wednesday 6 November at the latest.

Please consider giving your first vote to me, and your second vote to Lynne Wallis.

See below for testimonials.

Can I count on your vote? Please let me know. Please also forward this email to other NUJ members who you feel may be interested in voting for me. If you’re happy with me letting members know you support me, or are prepared to write a short endorsement for me, even better!

"I can’t think of a better candidate for this job than Matt Salusbury.

I’ve known him for a great many years – having sat with him on London Freelance Branch committee and the Freelance Industrial Council, and know well the depth and breadth of his experience across the media – and his commitment to the NUJ and trade unionism.

I’ve seen first-hand how his work on The Freelance has not only given him insight into and understanding of issues that affect our members in all parts of the industry. He is also an excellent communicator, who can give those issues the space and analysis they deserve.

The Freelance is an invaluable source of information about our industry and trade union issues to members throughout the UK. I trust Matt to do the same as editor of The Journalist and produce a union journal that looks outwards to and supports NUJ members from all sectors and all across the UK and Ireland."

"Over the decade in which Matt Salusbury has been its co-editor The Freelance has been essential reading for me and thousands of other freelancers. It does not seek to entertain but to impart essential information, including facts that I have been able to produce in negotiations and to circulate among colleagues, arming them to get a better deal and know their rights. With his experience in both staff and freelance journalism, commitment, energy and technical skills I believe Matt could turn The Journalist into a more activist, informative and federating publication. Making it more accessible online would be a major plus."

If you are not a member of the NUJ but you are a journalist and you're reading this, I would strongly suggest that you consider joining. By the time you realise that you should have joined, it's probably already too late.

Thanks for sharing your valuable information on this article. This post is helpful to many people.stock4all is a stock related website which provides all stocks related information like new stocks and shares available in the stock market.
PAN card