Fake pound coins that I've found in my change 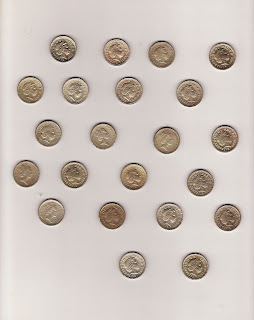 Today BBC News warned today that coin testing companies are telling them that as many as one in twenty pound coins could be fakes. This is after the Royal Mint raised its estimate of the proportion of pound coins in circulation that are fakes to one in forty last September.

I first noticed fake pound coins turning up in my change in 1997, when a newsagent in
Oxford Street drew one to my attention and refused to accept it. Since then, I've kept them, and I've got well over thirty. The giveaways are the rubbish lettering round the edge, the shallow relief on both sides, and the uneven circle of dots round the sides of each face. Some of them are really rubbish. There was a period a couple of years back when I would get several in my change at once, but now I'm actually finding less fake pound coins in my change.

I'm parking these images below while I find the time to master Photoshop, after which I will re-post them with annotations pointing out those telltale signs of fakery. 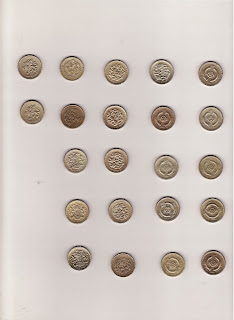 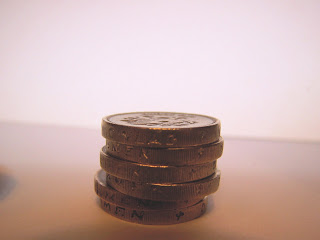 Messed up 'D's and crosses 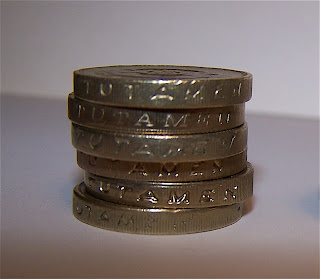