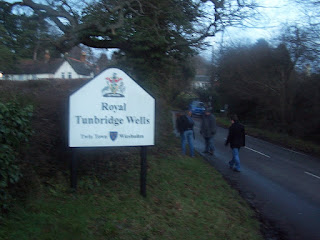 In November last year, there were widespread news reports of a sighting of what became known as the Tunbridge Wells Bigfoot, a roaring, black hairy figure "eight feet tall" with red eyes that startled an eyewitness walking on The Common at night. London Cryptozoology Club decided to investigate.

It should be noted that we went to Tunbridge Wells with a very sceptical view of this so-called "Tunbridge Wells Bigfoot" (TWB) phenomenon. We were particularly sceptical of an online posting by "Greham S," who claimed that a courting couple on a bench in The Common had witnessed the "Ape-Man" back in World War Two. Greham S left no other identifiers, and didn't give his source. There was also said to be an encounter with the "Kentish Apeman" by Territorial Army soldiers in 1991 at Bluebell Hill, Kent, which they saw off by throwing stones at it. We were not expecting to find TWB, we felt that the answers, if any, were more likely to be in what they diplomatically call the "pyscho-social realm".

"Do Well, Doubt Not!" Motto on bridge near Tunbridge Wells station (click on the image to enlarge)


Our plans, such as they were, mostly involved going to the pub and asking locals if they'd seen anything odd. Sitting around the pub was particularly high on our list of priorities. 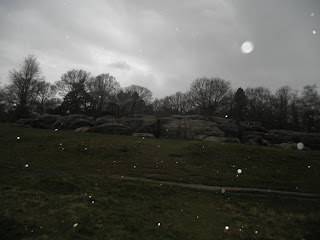 So myself, "Other Matt", Rosie and Dewey set off on a January morning, and (mis)adventures already came our way before we'd even hit the platform at (Royal) Tunbridge Wells. One of our number caused us to miss a train with a complicated transaction involving getting a few quid off his ticket on the basis of his Oyster season ticket, and I left my bag on the train and had to jump back in and get it before the doors closed. That's how intrepid we are in the London Cryptozoological Club! 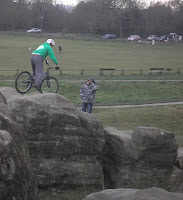 Sophisticated Metropolitan city slickers that we are, we naively imagined that Tunbridge Wells Common would be some well-manicured Home Counties park with beds full of flowers in orderly rows, and perhaps a boating lake or something. Google Maps didn't really indicate just how wild it is either. In my naivety I half expected to bump into prolific letter-writer Disgusted of Tunbridge Wells.

It turns out The Common is a 200-acre wilderness, with bogs and spooky dead trees and three rock formations – Wellington Rocks, beloved of BMX bandits – High Rocks and Toad Rocks (we didn't get to see the last one). It was extraordinarily bleak, not the sort of landscape I'd associate with the Home Counties. There was even a mysterious disused railway running through the woods on The Common. 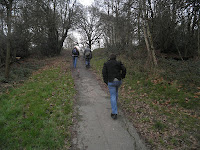 After about an hour of up hill and down dale, along Hungershall Park (Hunger shall lead us to the pub!) and Cabbage Stalk Lane, we finally made it to the Beacon pub. On the way, we talked to one dog-walker whose little dogs were shivering in the cold, and when we said we were looking for Bigfoot he joked that we must have been to the pub already.

Winding roads on the Common

The excellent Beacon pub – near High Rocks - has in a stain glass window the coat of arms of the Harrison family, with hedgehogs on it (herrison in French) and two golden crescent moons with red in the middle. While some of us felt they might be something to do with the red eyes on the TWB, the waitress said, "We call them stuffed olives." Over drinks and food, we speculated on the rock formations and various "Stone Tape" theories about geological formations and faults having an influence on the human brain, making people see things.

Hedgehogs and "stuffed olives" (red eyes?) on the Harrison coat of arms (click on the image to enlarge)

There followed a brisk walk across The Common and back to the station, as it was getting dark and we did not want to be out on the Common in the middle of a winter's night. A follow-up expedition involving a night vigil was suggested as we took the train back to Charring Cross. 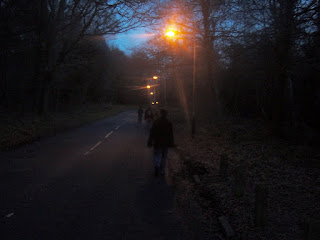 Night manoeuvres on the Common


The previous evening, I'd emailed Neil Arnold, the go-to guy for all things strange and cryptozoological in Kent, about our outing. The morning after our trip out of town, I got this email from him:

"Hi Matt, there is no Tunbridge Wells Bigfoot and I've had to spend the last few months trying to tell so many papers etc this. I have a piece in next month's FT [Fortean Times] regarding it. The report in question was dubious to say the least, and not sure why anyone would go chasing shadows around TW. The common is relatively small. All this has been investigated by myself over two years ago after reports of a monkey on the loose around 1949. I've just had published a book called Haunted Tunbridge Wells.Regards, neil."

Oh well, chasing shadows it may have been, but a fun time was had by all.

A strange, dark, vaguely human shape looms out of the dark on the Common! 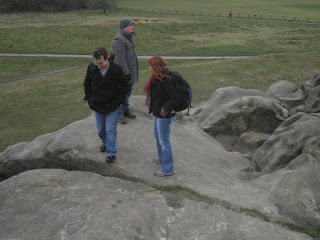 Good luck on finding a relic hominid! Now, if you were looking for big cats, that's a bit more likely.


The forum is a unique and interesting
www.twblackcars.com